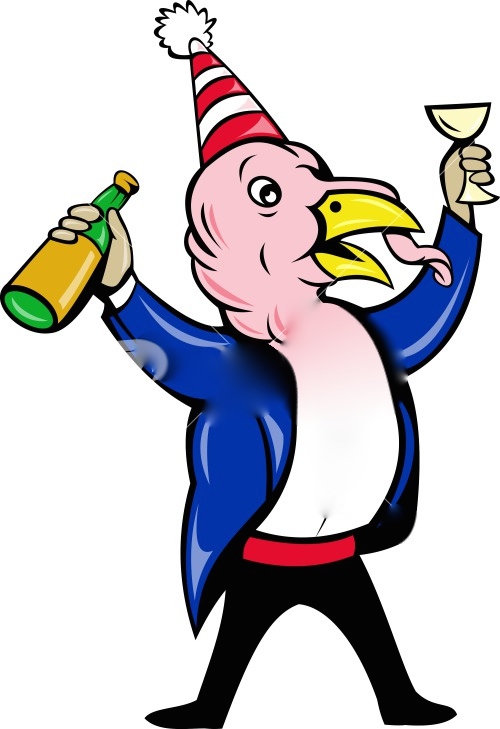 With the holiday season approaching, many of us will soon face the familiar joys of political debate at the family table. Perhaps the most productive and hallowed of holiday pastimes, debating politics and other social issues with family is an incredible chance to learn and an even better opportunity to draft real solutions for the tough problems facing our country today. If any of the previous sentences ring true, please call science and have them plasticize you and your entire family. You are worthy of future study and are indeed a greater miracle than whichever deity, animal, or sports team you will be celebrating.

For most of us, politics around the holiday table is unadulterated torture. The limited time we spend with family doesn’t allow for the finer print of our opinions. Instead we’re forced to cram our beliefs into a contentious headline — towing the party line and waging wars we didn’t feel strongly about from the start. Even our least informed relatives are somehow made more brainless and partisan by the advent of a holiday feast. It’s a shame. We’ve come together to connect with loved ones, but too often we find ourselves walking on eggshells or grinding old axes. Turkey makes ideologues of us all.

This year a perfect storm is in the forecast. Polarizing midterm elections, troubles in the Middle East, and a recovering economy promise an arsenal of social hand grenades, trembling at the pin. Even those of us blessed with largely apolitical families may not escape its wrath. There’s always an Uncle Bob or Aunt Sue on the guest list — a family member, just aching to blab on about the latest headlines.

Yes, at this very moment your Uncle Bob is collating the trendiest non-facts from his favorite media pulpit — readying for the right moment to ask you something dumb and aggravating about the Keystone pipeline. Uncle Bob likes his pie with pie charts and he won’t be satisfied until you are stuffed to the gizzard with every Reagan-era aphorism he can remember. In the other corner, your Aunt Sue is pulling all-nighters, absorbing old podcasts and reciting snarky quips from her favorite eCards. She’s been waiting all year to see the look on your face when she opens her MacBook Air and unveils the latest viral protesting anti-virals. Armed with empirical data so infallible, it could only have come from YouTube — Aunt Sue’s jarring segues are the only thing making that store-bought Butterball seem organic.

Yes, their arguments will be ridiculous and their evidence will be the lobotomized versions of stuff my dog thinks, but — by God — Uncle Bob and Aunt Sue are louder than you and by right of conquest, they are going to be heard.

We all experience this crushing dilemma: do I engage, crusading to make the world a better place or do I abstain — masking my nuanced opinions and keeping the peace? Save the world or save the meal?

As the night wears on and your polite wave/smile/sidestep loses its sheepish grace, you may find the choice is made for you. Often we are involuntarily pulled into the fray, tapping into the same righteous rage that fuels Aunt Sue and Uncle Bob’s collective bloodlust. It’s natural – even primitive. An adrenalized fight or flight mechanism takes hold and we’re caught in a mental gridlock with no hope of any real resolution. Suddenly, it’s 2am. We’re so mad we can’t sleep and for the last hour we’ve been muttering vague iterations of things we’ve never clicked from our Facebook feed. “Everyone knows Rand Paul is against traditional breathing.” “I heard Hillary Clinton wants to give financial aid to ghosts.”

Sure, some opinions are just not worth hearing. We can’t be democratic about bad ideas. That doesn’t mean that the people who conjure these opinions aren’t deserving of our attention. We’re all products of our own life experiences and we’d like to see these experiences validated. Perhaps that’s service in a war or being victimized by a robbery. Maybe it’s a sexual orientation or a socio-economic situation. Often this is what your opponents seek: they’re not trying to be right; they’re trying to be heard.

As one organism living in a vast environment, we’re only privy to a small sample of data with which to establish our opinions. Personal experience can often prove insufficient in assessing universal truths. “Well, there can’t be global warming. We had the worst blizzard I’ve ever seen last year.” This, of course, is incorrect.

It’s important to listen to the experiences of our loved ones, but it’s also important to encourage them to seek information beyond the framework of their daily lives. Perhaps this is a more worthy aim than just belittling their stupid (and I do mean stupid) judgments and theories.

By being reactive and inflammatory, we force our family to solidify snap judgments on unfamiliar topics.  Stay cool. Help them see that there’s more than what’s in front of them. Guide them to consider that they’re not supposed to have all the answers. Explore. This year, foster reason and compassion in the ones you love. Instead of serving up some humble pie, perhaps consider baking a healthy portion of perspective and a nice side of scientific fact. Aunt Sue and Uncle Bob may think it has a funny taste, but if they don’t like it, they can go somewhere else next year. Like straight to hell! Top of the muffin to you.

-Choose to commit or abstain.

-Look beyond the anger of your loved one.

-Define your goal. Why are you having this debate?

-Silence is an asset.

-Give the other side credit.

-Pay attention to the information’s source.

-Have an exit strategy.